Well it's over.  NaNoWriMo came and went, and thus the beginning (well, nearly half) of my novel In The Shadow of Legends was born.  It's been a good run, and I don't plan on stopping here.  Let's take a look at the month as NaNo saw it. 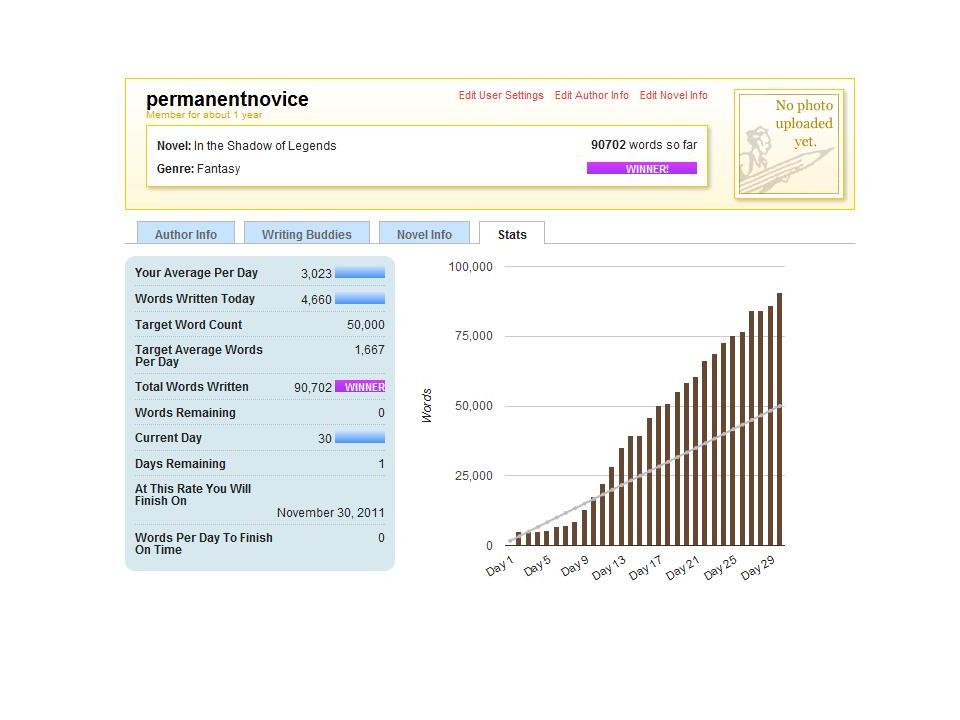 Ah yes.  That's a good looking bar graph, if I do say so myself.  I topped out at just over 90,000 words, and I'm pretty happy with that.  Somewhere in the back of my mind, I wanted to break 100,000.  I've done it before, but this year it just wasn't meant to be.  Despite the idea behind NaNoWriMo, it's taught me to slow down a bit when I'm writing.  The prose that comes out when I'm concentrating is a lot better than the stuff that comes out when I'm racing,  like in my first draft of The Last Scion.  That monster was a 150,000 word book written in 34 days, and I definitely saw the results of that after I went back to edit it for the first time.  My goal for In the Shadow of Legends is to take a bit more time, write a bit slower, and make a better first draft that won't make me wail in despair (and run out of red ink) when I go back to edit it.

November held a lot of interesting things in it other than NaNoWrimo.  In looking at the way my writing statistics shaped out, I noticed a couple of anomalies in the slope of the curve.  If I kept a consistent writing pace and followed the minimum word requirement to finish on time, I should have seen an equation that looked something like x = 1667y, where x is the total word count and y is the number of days.  Instead, at the beginning we had a more x=700y curve, but shortly thereafter followed by an exponential increase, something to the effect of x=500y2.  After performing a detailed analysis, I came up with the following (click the picture if you can't read the notes). 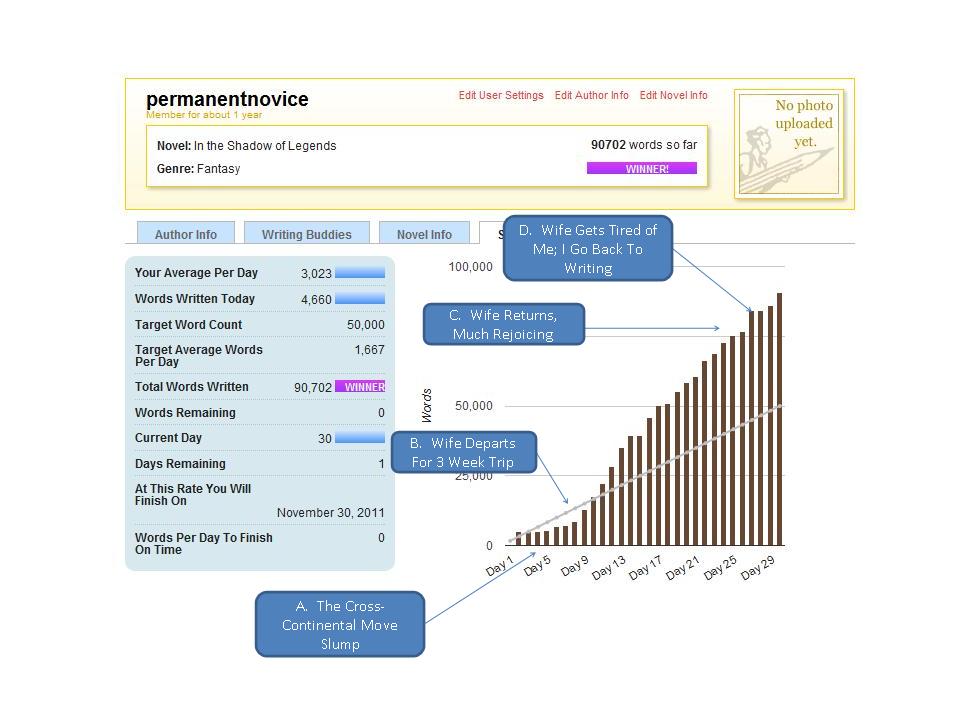 See?  There is nothing that can be solved by simple scientific observation.  I think everyone can benefit from this sort of analysis.

Anyway, the novel isn't done, and therefore neither am I.  This, right now, is shaping up to be about a 200,000 word novel (around the size of a Twilight book, or one of the latter Harry Potters).  I'll post a bit more about my experiences writing this book, and compare them with the experience of writing my last few, another time.  For now, I think it's time for  a well-earned rest.  Oh, and work.  Have to go and do that, too.