I've just released a two-for-one pair of short stories on both Amazon and Barnes and Noble.  It's called "Two Stories About Death", which should be pretty self explanatory.  The two stories are modeled off the Machine of Death concept, which wonders: what if there was a machine that could, by a simple blood test, tell you how you were going to die? 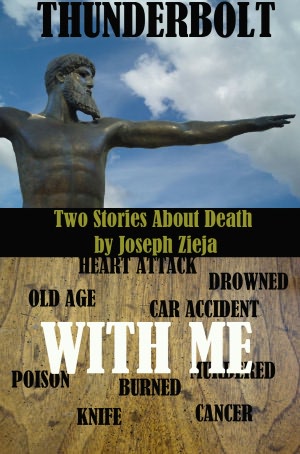 In it you'll find THUNDERBOLT, a whimsical journey that takes the concept and applies it to the Greek gods, and WITH ME, a morose look at the possibility of such a machine developing a conscience.

It costs 99 cents, and is available today.  Please help support me by buying, reviewing, and sharing the short story wherever your own social network may take you.

Get it on AMAZON

Get it on NOOK

*Expect a Military in Fiction article to be released tomorrow!  Now, to figure out which one...