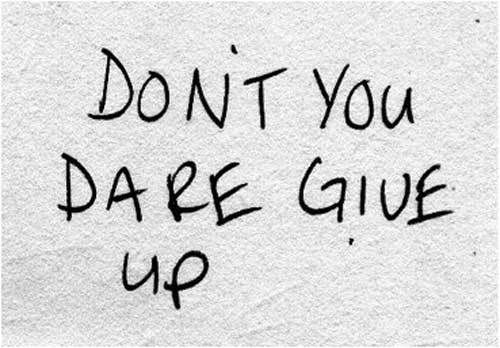 Here’s the one in question - an anonymous Guardian vignette in the books section about an embittered writer who mostly seems to be venting.  Not that venting is bad of course, but I can’t see any other purpose of the article except to bemoan a writing career that never got off the ground - and then, for reasons I can’t understand, tell writers to “shut up” about the novels they’re writing.

This article needs some serious attention.

It’s not that I mind people sharing their opinions. It’s that this article gives so much discouragement about what a writing career really is that it’s potentially damaging to those who are current or budding writers. The article itself is short, but I’ll pull some quotes from it and respond as we go.

Here’s the gist: to the author of this article,* you didn’t fail at being a writer*.

“…over several months, my manuscript was rejected for reasons that bewildered me.”

Several whole months? Like, from beginning to end? People’s writing careers take years, sometimes decades to get off the ground, even after they get an agent. A friend of mine was writing novels for fifteen years before he published any of them. Several months in publishing is a sneeze’s time.

Every editor has reasons they reject manuscripts, but ultimately it’s always because they don’t think they can sell the book. But there’s a more important question here: why weren’t you writing your next book while that book was making the rounds? If you spent those several whole months fretting, it was wasted time and years off your life from the stress. I’ve totally been where you are - it took me almost a full year of agent submissions to NOT sell my first represented novel. You know what I was doing during that time? Writing the next book and not having my soul crushed.

“I defiantly started a second novel. It was my masterpiece.”

If the second novel you ever wrote is the culmination of all your life experience, literary skill, and dexterity with prose, character, plot, and setting, you need to seriously broaden your scope of growth over your creative career. Most people I know didn’t publish their second novel. Or third. Or fourth. If thatwas you giving your best - if that second novel was the absolute best you had to give to the literary field - this was not your destiny.

No it didn’t. It didn’t have the opportunity to bomb, and that’s an important distinction for the health of your ego.

Probably 8-10 people read the first three chapters of your “masterpiece” and then decided it wasn’t for them. Published writers have to make thousands, hundreds of thousands, millions of readers happy. Many great pieces of fiction have remained unpublished for years because the current editorial staff in power at major publishers just didn’t have the taste for it yet. Thinking that you’ve “bombed” because some editors didn’t like your work is self-defeating, and may have contributed to why you quit in a huff after a measly couple hundred thousand words, if that.

I published the sixth book I ever wrote. Only two of them were even worth giving to editors. Six also seems to be a weird magic number for the other authors that I know; even some that make eight figures a year with their books couldn’t sell their first 4-5 books to save their lives.

“Four years on, I still can’t look at the new fiction tables in Waterstones; they make me feel like an infertile woman at a baby shower.”

Oh, wow. No. No it does not. If you said that to any of your female friends who actually have infertility problems, they would slap you in the face. The inability to create a child with the man/woman you love despite all of your best attempts is heartbreaking and a lifelong, terrible struggle. An editor telling you that he didn’t love your book is business. The fact that anyone would equate these two things tells me that you’re not really ready to be a creative in this world.

Any kind of artist knows that 95% of what you do is going to involve failure, rejection, and then hopefully learning from it. As a voice actor, I book less than 10% of what I audition for. You forget the ones you miss, take something from them to incorporate into future work, and move on.

What the hell were you going to do when people started giving you one-star reviews on Amazon? Write a letter to the Guardian saying that now you knew what Vietnam felt like?

Look, my purpose here, aside from a bit of a textual eye-roll, is not to berate anyone, but offer a little bit of perspective. Whoever you are, the fact that you made it on editors’ desks and you have an agent that is pushing for you is indicative that you have real talent. Maybe it’s unrefined. Maybe it’s not marketable. The way people react to your work is out of your control. The way the market is going is out of your control.

Whoever you are - and whoever is reading this that is feeling the same way in your own career - I implore you to accept the fact that first, you gave up preeeeettty easily something that you considered your “destiny.” Two, you are not “scarred” - you just weren’t ready to be an artist. And three, you have a choice to either keep writing or not keep writing.

Choose now. And then do it.