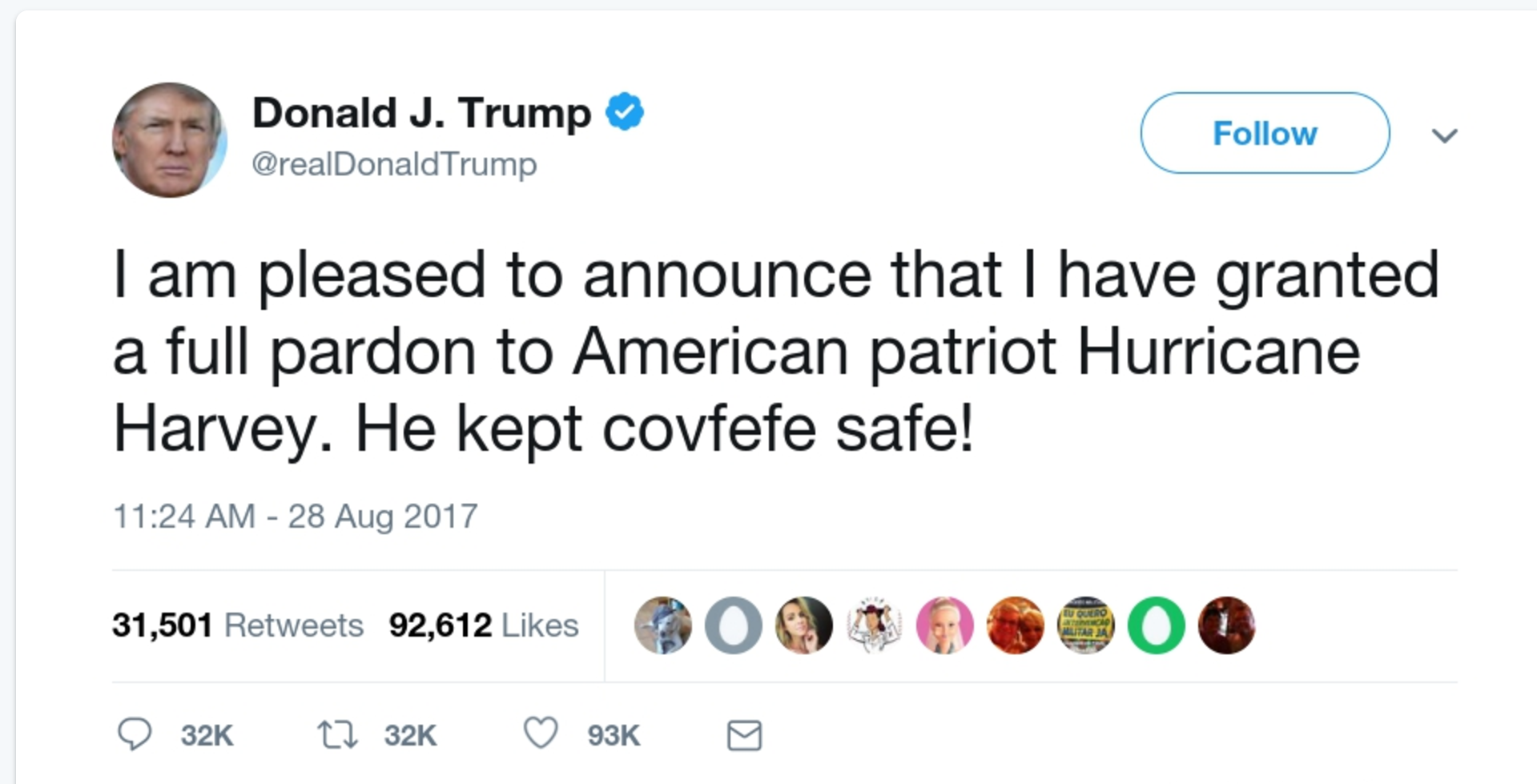 The pardon comes after the hurricane reportedly devastated thousands of acres of land and forced some 30,000 people from their homes, at least three or four whom may have possibly been illegal immigrants from Mexico.

“I was very sad to see aggression on both sides of the natural disaster,” Trump said in a statement. “I think both sides were at fault.”

Trump followed up two days after the devastation by finally condemning the destruction caused by the hurricane.

“We condemn, with the strongest possible words, this egregious display of rain, wind, and flooding…on many sides.”

“Take a good look in the mirror and remember who put you in power,” Darla Dutchess, leader of the NHDL, said in a tweet. “And it wasn’t…not hurricanes.”

The pardon drew heat from several organizations, including the ACLU. Cecilia Wang, the deputy legal director, said the president “has chosen swirly cloud patterns over justice” and that the pardon amounted to “a presidential endorsement of wanton, natural destruction and people driving boats through city streets.”

Hurricane Harvey had already been sentenced to being reviled throughout history as one of the most devastating hurricanes to make landfall in the United States. Now, because of the presidential pardon, official records will only indicate that “Houston and the surrounding areas became slightly moist.”

This post is satire, and not real news. If you had to read this to figure this out, I am sorry. I write for the military satire newspaper Duffel Blog, and occasionally have ideas that don’t fall into our lane, as they don’t deal enough with the military or politics. Since keeping them inside is physically painful, I occasionally publish them here, instead. If you liked it, you should check out my book, Mechanical Failure, which is also satire.