Do I Have A Good Enough Voice To Be a Voice Actor? (HInt: It Doesn't Matter)

Has anyone ever told you, you have a great voice? You should try voice acting. In this video, we’re gonna talk about why none of that matters.

For some more great hints and tips on how to get into voice acting and how to perfect your craft, click on the subscribe button below. Make sure to hit the bell so you get notified when I post a new tip every week. 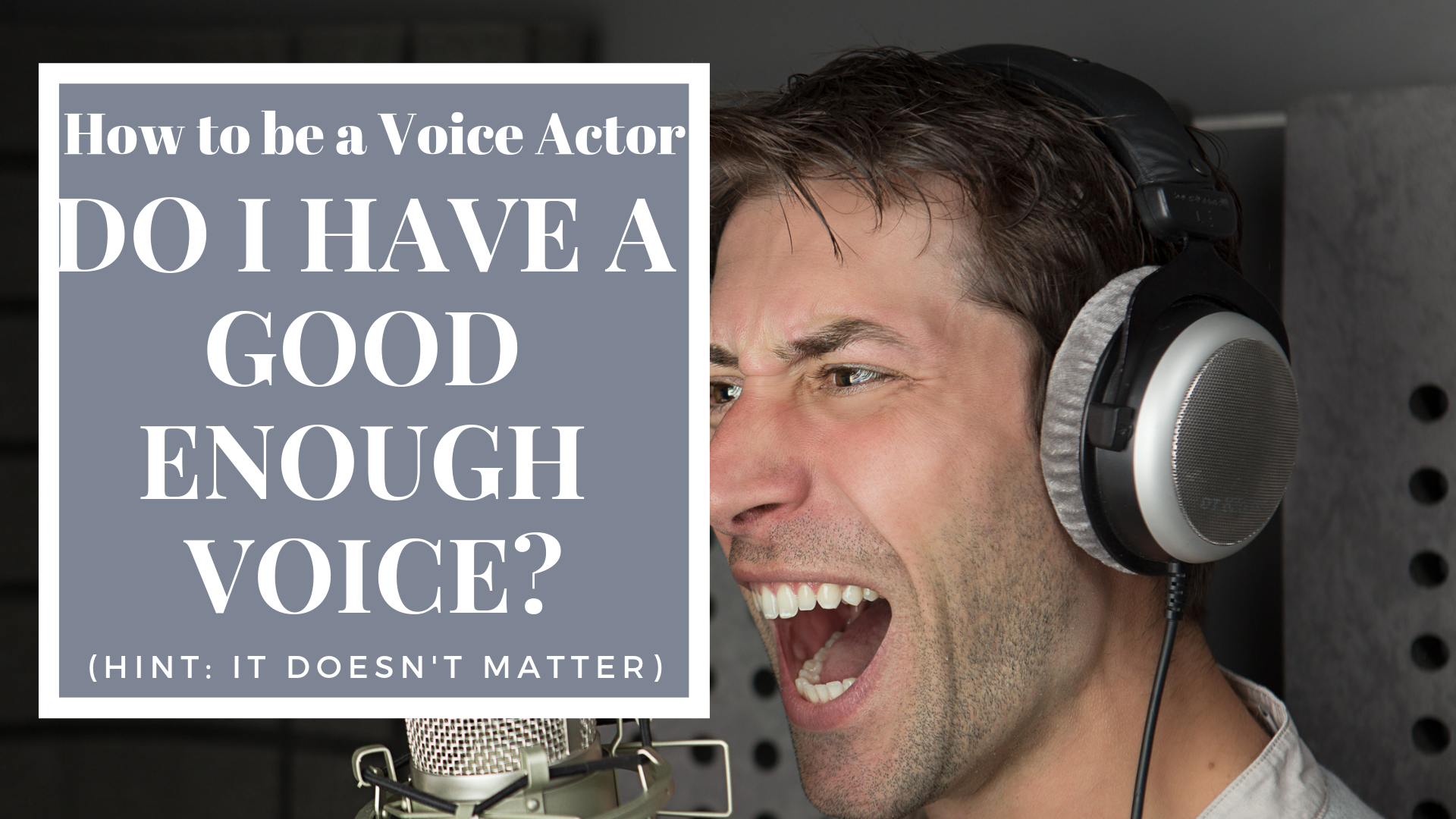 My voice has been in thousands of videos, commercials, promos, cartoons, animation, everything. And, yes. At one point in my life, someone did tell me, you know what? You have a great voice. You should do something with it. But, today we’re gonna go over three facts why that doesn’t matter.

Tip number one, the voice doesn’t matter. Look. There is no doubt that being blessed with big resonating pipes allows you to do certain specific things. If you wake up in the morning and you sound like an [Ork 00:01:02], you’re probably better off playing an Ork. But, for the most part this isn’t about the sound of your voice. It’s called voice acting, not voice this is what you were born with and this is how you’re gonna do everything.

One of my favorite stories of some of my colleagues is I know somebody who in now an extremely successful voice actor who started out with a major speech impediment. He could not speak properly. But, with some hard work and some dedication, he overcame all of that and now he uses his voice every day in his career. So, do you believe me? It’s not about the voice.

Here’s a question for you. What’s your biggest fear about getting into voice acting? Post it in the comments below, and we’ll tell you why it doesn’t matter.

Fact number two. The 10,000 hour rule. Many of you may have heard of the 10,000 Hour Rule from Malcolm Gladwell, but he didn’t actually come up with it. I’m actually not sure who came up with it, but it’s still valuable. Because 10,000 hours is what they say it takes to become an expert in anything. You see the operative word there? Anything. It doesn’t matter what you’re doing. It matters how much effort you put into practicing and learning, gathering wisdom, refining your process, establishing a workflow, getting the right equipment.

All of that is more important than what actually your voice sounds like. Take a moment and listen to the commercials, and listen to the promos. Some of those folks sound very … I don’t wanna use the word, strange, but quirky. It doesn’t sound like a normal voice that you would think would come out of anything that somebody paid someone for. But, one of the most often things I see in specs is, we’re looking for a quirky, quirky, non-standard, non-VO voice. That could be you.

With enough time, 10,000 hours worth, maybe. I don’t know. You’re gonna learn how to develop the voice that you have. My voice sounds way different than it did four years ago when I, or four or five years ago when I started this, because of the way that I learned how to breathe. And, I exercise those muscles inside. The vocal cords are muscles that are doing certain things. They will change as you refine and practice with them.

I listen to some of the stuff I did five years ago, and it sounds terrible. So, everyone has to start somewhere. And, don’t forget that applies to voice acting too.

Don’t be daunted by exploring a new career. It’s scary. It’s a big deal to switch from one thing to another. I spent about two years trying to figure out the difference between a commercial and a promo, even though I was booking all the time. I had no idea what I was doing. Most people when they first start out have no idea what they’re doing. And, it is not about the voice.

What kind of things do you plan to do to kick start your voice over career. Post them in the comments below. That’s a wrap. Make sure you follow me on social media for hints and tips. And, also like and subscribe this video if it helped you by clicking on the subscribe button below. Don’t forget to hit the bell, and you’ll get notified when I post a new video every week.

Thanks for stopping by, and I’ll see you in the booth.