It’s been a while since I’ve written, namely because I’ve had roughly 8 flights on airplanes in the last 3  months, one of which was a trip to Japan, because why not? I’ve been working on a whole host of things, but I recently completed one project that I wanted to share right away because I am so excited about it.

I present to you, my new MOTION CAPTURE DEMO!

I am so happy with the way this turned out!

Some of you might be wondering: what the hell is motion capture? Motion capture or MoCap, is a brilliant technology that allows animators and programmers to integrate human-like motions into a game for the purposes of increasing realism, streamlining programming, and overall creating a more realistic, expressive experience in game. Here’s a little video produced by FullSail that explains the process a bit more:

To me, MoCap is the next evolution in video game voice acting. Not only can you capture the voice of the actor, but you can capture the actor’s movements as well. This allows the voice actor to do things that were previously impossible or difficult - act with his/her body, without worrying about staying “on mic.” In the booth, you can’t really move your head away from a very thin degree arc, or the microphone won’t pick up your voice well enough to include in a video game.

In short, MoCap is a great technology that allows us to tell stories in new ways, which is enough to give it a pass in my book.

The First Month of Mechanical Failure 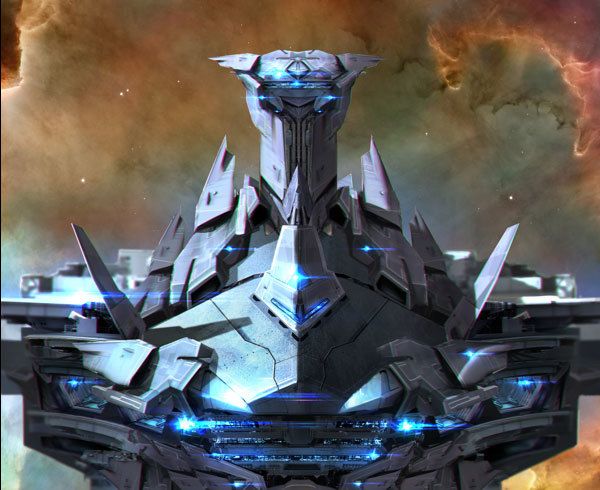 I can’t believe that MECHANICAL FAILURE has been out for over a month now. It’s been a crazy, wild ride - one that I never really imagined would happen.

We had a great launch party over at Barnes and Noble Santa Monica. They were gracious and pleasant hosts, and kept announcing me as the voice of Fox McCloud over the speakers. 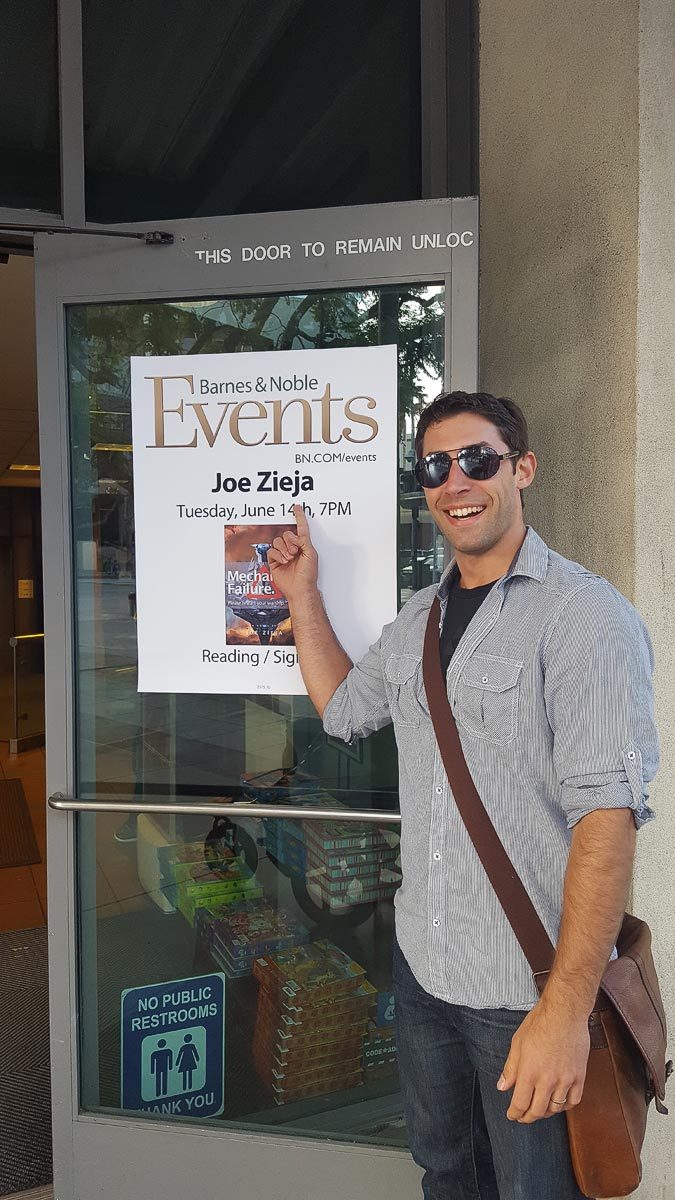 Barnes and Noble literally compared me to Douglas Adams, which left me about one sneeze away from peeing my pants in excitement. The Hitchhiker’s Guide books are absolute icons of science fiction humor, and to be compared to such awesomeness was so aweseomly awesome. And I even made impressions overseas at SFCrowsNest, which helped allay some fears I had about my humor not working as well in the UK.

Some marvelous reviews came flying in on the Amazon page, which has somehow stayed in the 4-digit book rankings on the Kindle store. That’s really great tenacity for a debut novel. It means that out of the bajillion books on Kindle, Mechanical Failure has steadily remained in the top 7,000 or so. It even dipped as low as 5,900. Those are numbers I can live with. Probably my favorite review was this one, where I inspired someone to neglect his newborn and his wife. That’s the kind of disruption of lives I like to see.

In a moment of fan awesomeness, I literally had someone specifically request that I write an iconic Star Fox quote in their copy of the book. 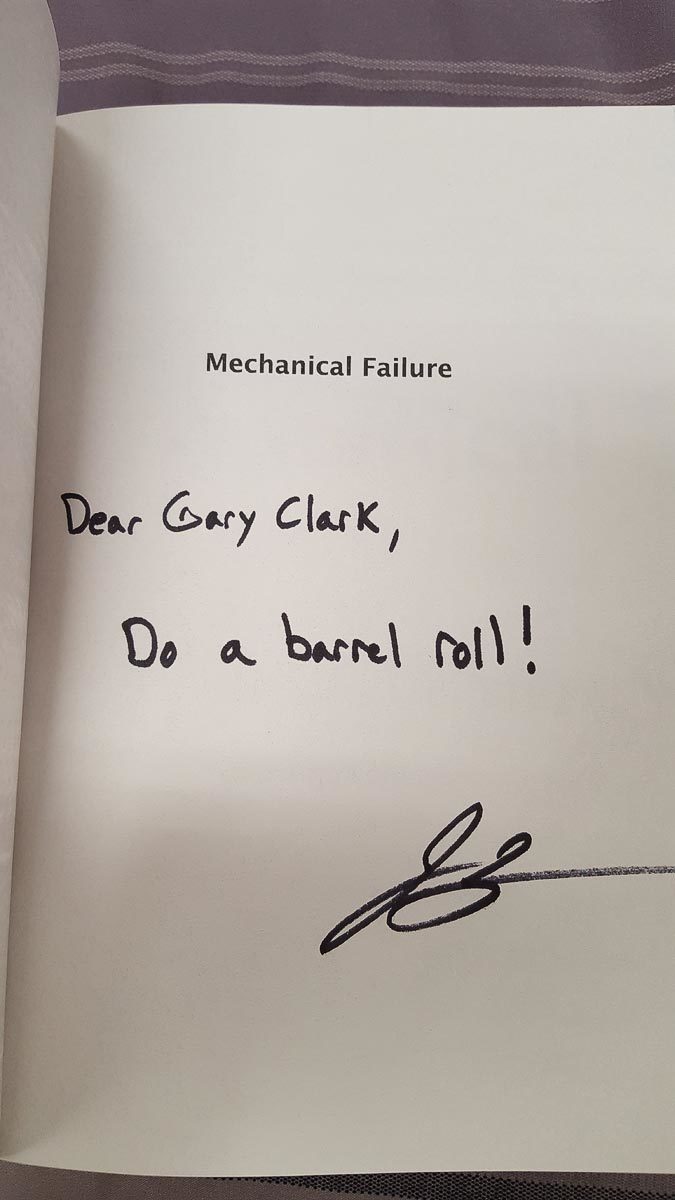 And of course, I had a homecoming book-signing in my hometown of Sparta NJ, where I sat in this classy setup. I feel like I need to be wearing a smoking vest here, or something. 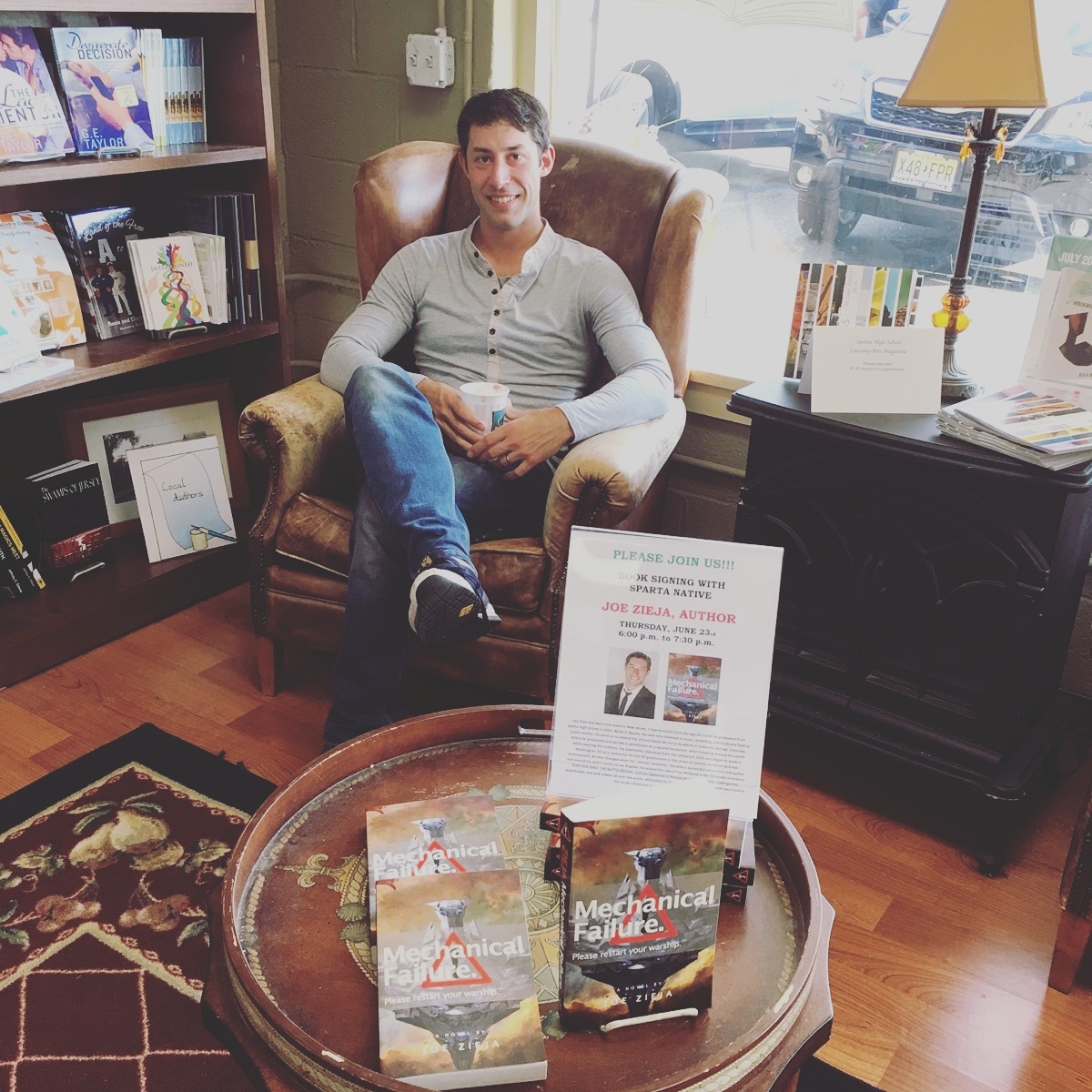 So where do we go from here? Well, I’m setting up some other signings all across the country; keep an eye on my events page, and follow me on Facebook and Twitter if you want updates on when I’ll be in your neck of the woods. WORLDCON is coming up in Kansas City from Aug 17-21st, so you’ll find me there as well. In the meantime, I’ll be trying not to forget about my other career as a voice actor, and sharing news on some big projects in the pipe for 2016.

Lastly, a big THANK YOU to everyone that helped make this possible. I could never have done any of this without an incredible network of support from family, friends, and industry professionals. There’s a lot of truth in the saying that no man is an island. But I did go boogie boarding the other day and floated on my back for a few minutes in the Pacific Ocean…so I guess that’s a load of crap.

*Haven’t checked it out yet? Head over to my books page!*

Hi everyone! Some of you more discerning, observant types might have noticed that something is slightly different about joezieja.com. Well, you’re right.

In partnership with the excellent designers over at Cubicflow, I’ve taken all of my disparate internet resources and merged them into one, comprehensive page. I discovered that trying to split myself into multiple personas was both inefficient and bad for my therapist, and I wanted a central web location.

You might have been redirected here from Voices By Joe, which used to be the home for all of my voiceover stuff. Don’t fret! You’ll still find all of the same content here, but it’s organized in a more streamlined, easy-to-access format. As of right now, please continue to use the contact form to reach out to me regarding new projects. I’ll likely be shuffling around some email addresses soon, but it will hopefully be transparent to you.

If you find anything out of sorts, please feel free to either let me know here in the comments section or give me a shout on the contact page. You may find that you’ll need to re-follow the blog if you had done so previously. You’ll find a space to do just that over to the right. While you’re at it, I encourage you to hit me up on Facebook and Twitter, where I post all kinds of news and fun stuff on a daily basis relating to writing, humor, voice acting, and general nerdery.