The Voice of Reason. Or Insanity. Or Bumblebee. Whatever.

You've heard him in the iconic roles of Bumblebee in TRANSFORMERS, WAR FOR CYBERTRON: SIEGE, Claude von Riegan in the award-winning FIRE EMBLEM THREE HOUSES, and Fox McCloud in STAR FOX ZERO: THE BATTLE BEGINS, among hundreds of other video games, cartoons, anime series, and commercials, such as CALL OF DUTY, LEGO CITY ADVENTURES, ONE PUNCH MAN, and JUST CAUSE 4. As a parkour athlete (see the Motion Capture demo) he also occasionally gets asked to do backflips or punch people in the face for video games, which is always a great time.

Joe is a highly versatile actor who is absolutely devoted to the concept of stories and seeking the core of every one he tells. Whether it be in commercials, promos, animation or gaming, Joe uses his advanced, broad set of skills and innovative, fresh and relatable voice to boost brands, communicate ideas and weave narratives with finesse and efficiency.

Represented by powerhouse agencies all across the United States - including Atlas Talent in Los Angeles - Joe spends a ridiculous amount of time in the booth, spitting all over microphones in his home studio and studios across the greater Los Angeles region. You've heard him on Pandora, Spotify, network and cable television. He's sold you cars, apps and backpacks. He's taught you about your HR system, your healthcare benefits, even Quranic exegeses. Joe Zieja's voice is busy taking you to new places or comfortably back to the familiar. He's talking with you, talking you through or talking you into every area of your life…and for a guy who does it all, there is nothing in this world, or any other, he’d rather do.

And he does most of it from his home studio - a fully professional, built-in booth with an enviable noise floor and perfect acoustics.

- Running Cubase 10 or Presonus Studio One 4 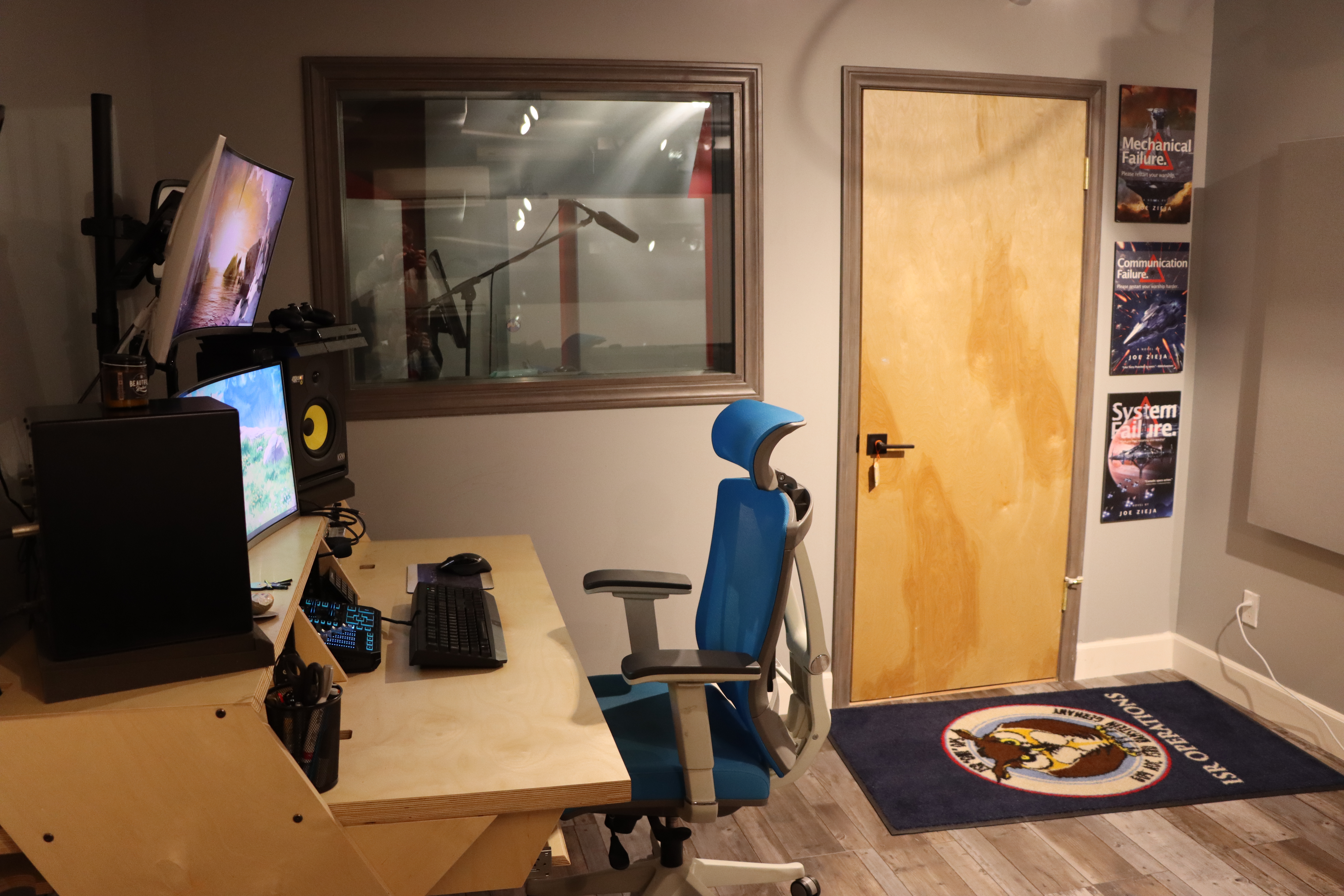 Frequently Asked Questions about booking Joe Interested in starting YOUR career as a voiceover artist? Like talking to yourself for hours in a quiet room? Check out the Global Voice Acting Academy and build your skills today

See all of Joe's clients

He reads words. Book him below.